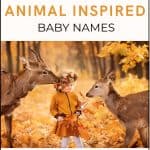 SbL is supported by readers. If you purchase something I genuinely recommend via an affiliate link, I may receive a small commission at no cost to you (thank you).

Nature inspired baby names shine with depth and meaning — especially if you’re naming your little one after an animal.

Found in myth, folklore, and revered by the indigenous people across the globe, animals hold deep symbolic meaning.

Here’s a carefully curated list of the best animal inspired baby names for boys and girls to adorn your little spirit animal.

I’ve divided them by gender to make your search easier, but really, like most names, the majority of these can go either way.

This unique but oh-so-on-trend name is inspired by the addax antelope. A strong, noble animal with the ability to adapt to extreme temperatures. The antelope is prominent in Greek, Hindu, and Egyptian mythology, and as a spirit animal, its message is to “take action.”

A masculine name with a soft cadence. Bears symbolize strength and courage. Most North American Indigenous tribes revere the bear and consider it a guardian, healer, and protector.

In Chinese culture, this bird is a symbol of nobility and longevity. In Japanese culture, it’s known as “the bird of happiness.” And as a name, it’s strong, recognizable, and uncommon.

Considered sacred in many Indigenous cultures, this bird of prey symbolizes strength, wisdom, courage, and a close connection with the Divine Creator. And aside from its awesome meaning, it’s just a darn cool name.

Strength, leadership, and masculinity are the main symbolic traits of the elk. And Elk or Elken would make a masculine and unique name.

Another bold name. Considered the fastest animal on earth, the falcon is revered across global mythology (Egyptian, Greek, Celtic, Scandinavian, Chinese, Indigenous) and believed to be powerful and sacred.

A type of fox and with a great name that can be shortened to a trendier Fenn. See “Fox” below for info about symbolism.

Short and simple but also playful and daring. If not a first name, it’s a great length for a middle name. Associated with being cunning and swift, the fox easily navigates challenges.

Bold and handsome, this name is inspired by the bird of prey, which is symbolic of higher perspective and spiritual awareness.

Inspired by the loud, social, and intelligent blue jay. Symbolically, this bird is often linked to communication, protection, and loyalty. A fairly common name, but when inspired by the bird, earthy and meaningful.

A name with a laid-back and trendy vibe. This wild cat’s name is derived from the Greek word “leukos” meaning “bright light” and is said to be inspired by the luminescence of its eyes. Also found in my celestial baby name list because it’s a constellation.

Deeply rooted in mythology and folklore, the wolf is often representative of loyalty, protection, and freedom. A name with a sense of strength and wildness. Perfect for a little one destined to love the wilderness.

This adorable name is inspired by the Adelie penguin. These cute penguins are known to travel across the Antarctic chasing the sunlight. It’s also a French name meaning “Noble.”

A lovely name derived from the genius of butterfly, which is associated with transformation and new beginnings. The Greek root of the word is an impasse or puzzlement. When one must question assumptions and open up to a new way of thinking. A great name for a little change-maker who will challenge the status quo.

This soft name is inspired by the bird. The dove appears as a symbol within spirituality and religion. It’s known to represent peace, hope, love, devotion, the Holy Spirit, and the soul.

These birds are found across the globe and have been revered by many cultures including ancient Egyptians, Indigenous people, and ancient Greeks. Its symbolism includes wisdom, patience, and a messenger from the Gods.

This gentle name is inspired by the baby deer. Found in mythology and folklore, deers are symbolic of grace, gentleness, and devotion.

This light and lively name represents the bird well. Finches are known to symbolize happiness and joy. Just watching these little birds hopping from branch to branch can bring on a sense of lightheartedness.

Larks are known for their melodious singing. They even sing when flying, which is uncommon for birds. This is a cheerful name that reminds us to find joy in every moment and never hold back our gifts and talents.

This particular type of Lark (see above) makes a stunningly beautiful first and middle name.

Playful, spunky, and independent are a few characteristics that describe this semi-aquatic animal. This cute name is perfect for a bold, strong-willed little lady. Minka is also an adorable alternative.

A pretty name with a vintage vibe, inspired by the starling bird from the Indian subcontinent. See “Starling” below for more info.

Inspired by the peregrine falcon, there’s something so beautiful about this name. It’s a vintage boy name but I’ve put it on the girl’s list because I feel it belongs here (and I trust my intuition). There’s something magical about it. See “Falcon” in the boy’s list above for more info.

An adorable, social little bird with a loud song. Despite their size, they’re not afraid to share their voice. A unique, feminine name for a little social butterfly.

A soft, lovely name for the European finch. See “Finch” above for more details.

A pretty name with a down-to-earth vibe. This little but smart, fast, and hardworking bird is commonly associated with joy, simplicity, and friendship, and is considered a good omen by many cultures.

Found in folklore and rich with symbolism, the starling represents transformation, unity, and cooperation. Also, seeing they are found in huge flocks, the starling has been known to represent a good omen of incoming abundance.

This earthy-sounding name is inspired by the tawny owl. Owls are symbolic of wisdom and intuition. Through myth and legend they’ve been connected to magic and the moon, and in ancient Greece, represented Athena the Greek goddess of wisdom.

A name with an air of beauty and mystery. Ravens are intelligent, playful, known for their midnight black plumage, and found in mythology, superstition, and literature.

I hope you’ve found some top contenders for your baby’s name. And if you think of more amazing animal inspired baby names not listed here, please share them in the comments below.

And please keep me in the loop if you chose one of these names for your little babe. I’d love to know which one! 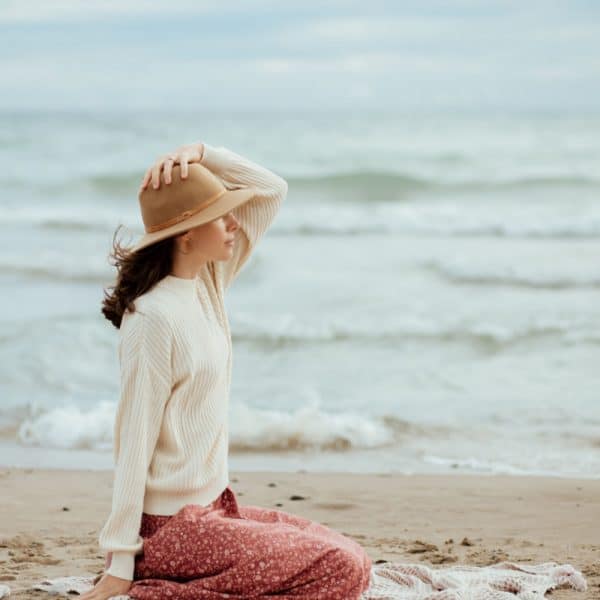 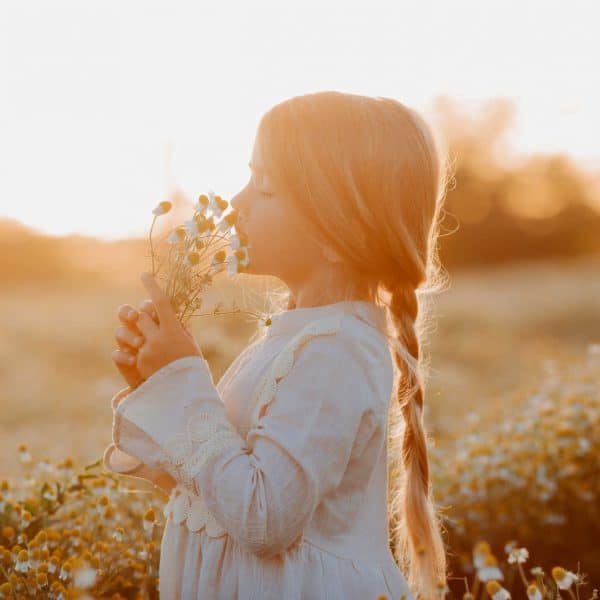 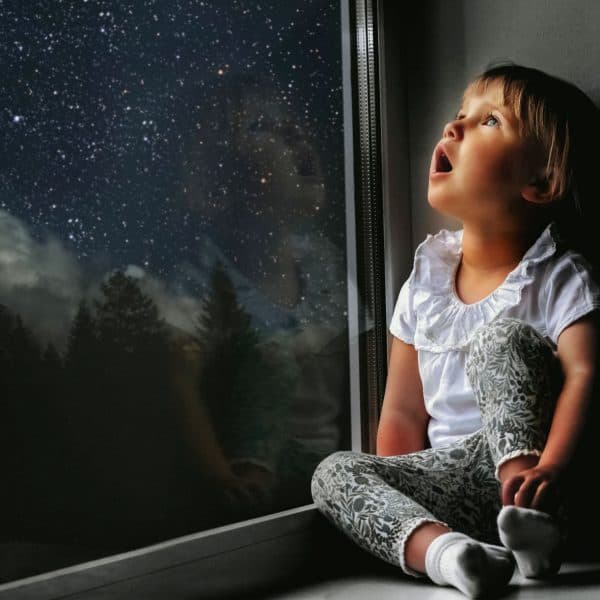 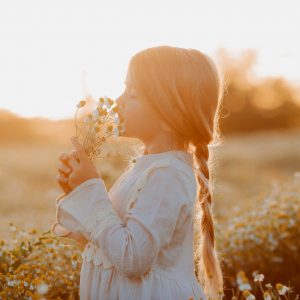 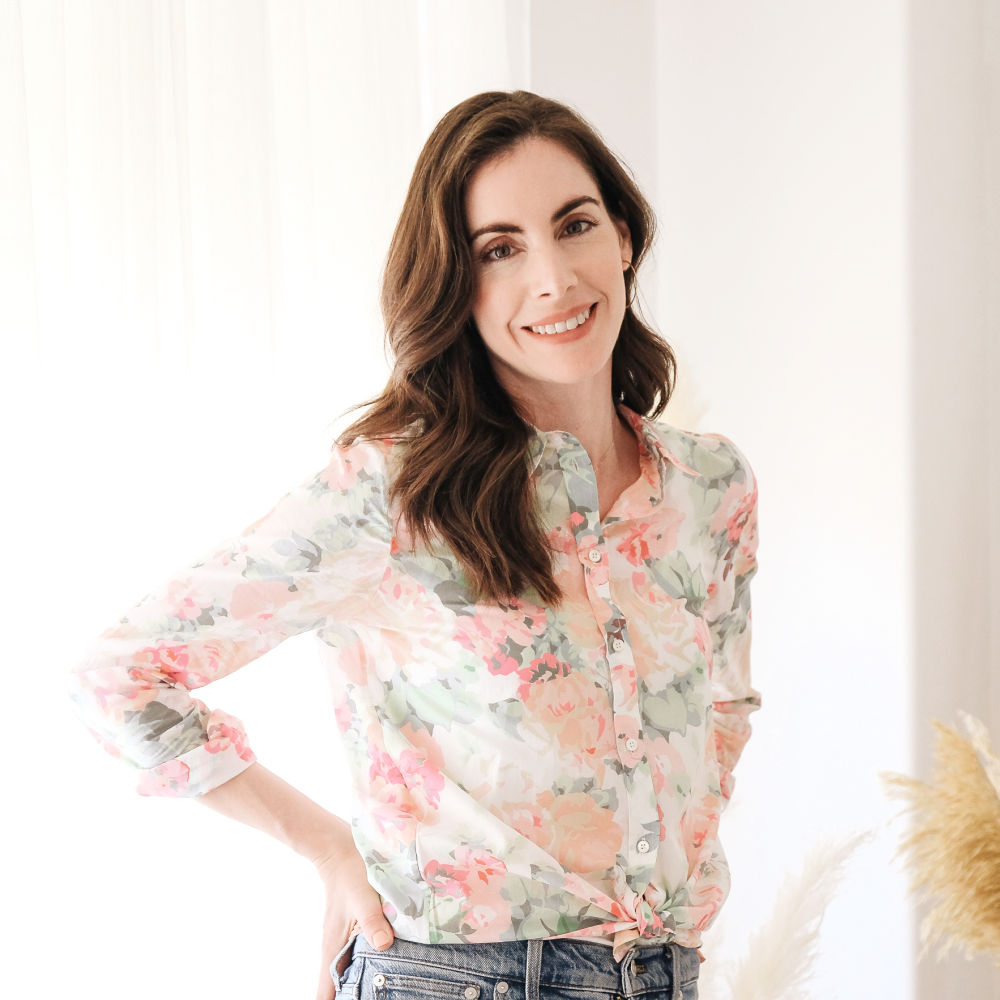 So glad you're here. Styled by Light is a space for women awakening to their truth, feeling and healing, following their intuition, and choosing light-filled lives.